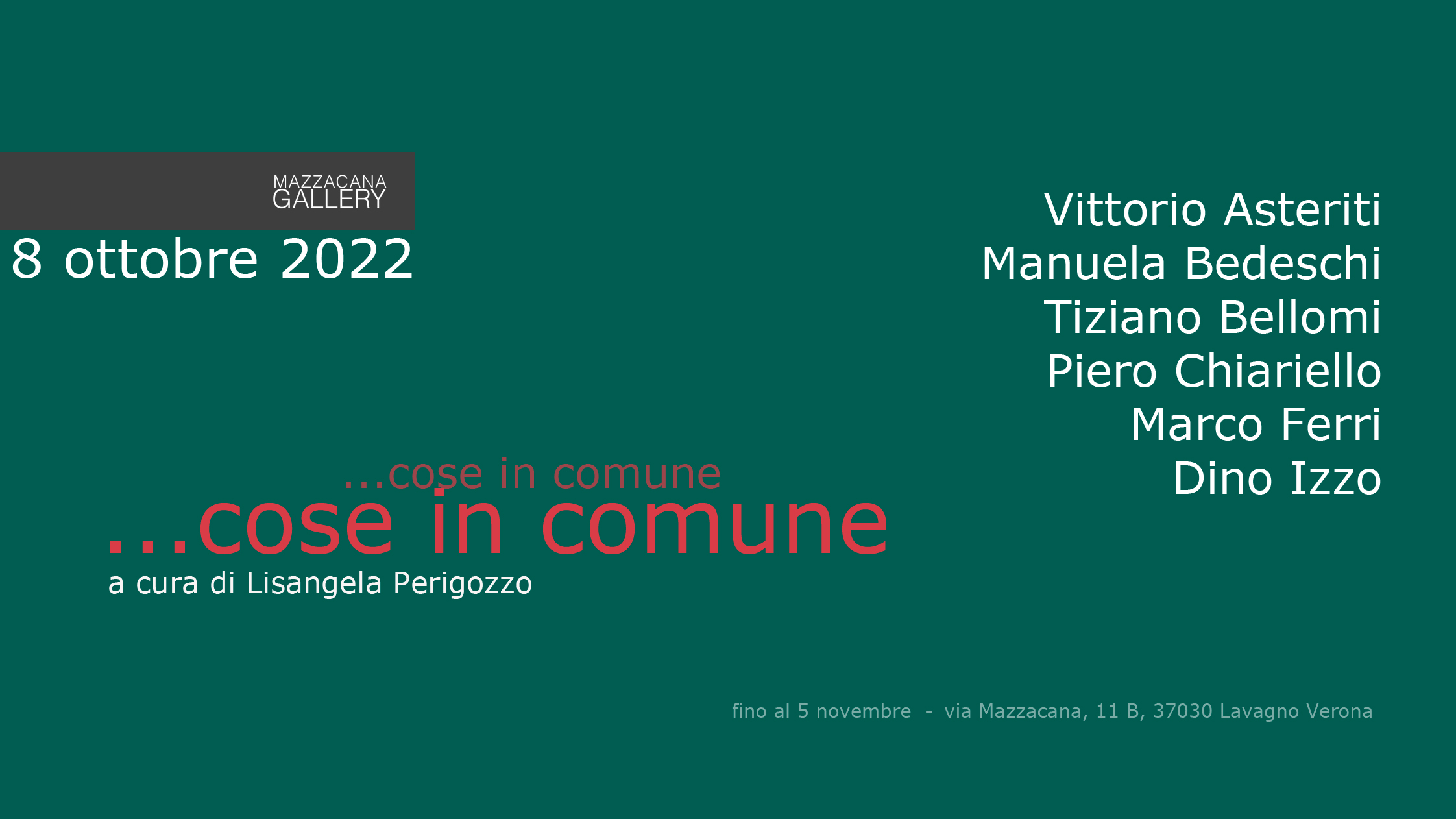 Among the artists on display, linked by a common thread to the vision of the gallery, we report the first time of Vittorio Asteriti at Mazzacana Gallery, while the others have been protagonists of solo shows previously hosted.

Event in conjunction with the eighteenth Giornata del Contemporaneo AMACI.

Vittorio Asteriti (Crotone, 1984) lives and works in Rome. Graduated at the Professional Institute for Graphics and Advertising in Crotone, he subsequently attended the Art, Music and Entertainment department at University of Calabria. He participated in several group exhibitions in Italy and abroad, in addition he presented a solo show at MACK (Crotone) in 2016. Since 2019, fifthy of hiw artworks have become part of the private collection of the Four Seasons Hotel in London.

Manuela Bedeschi lives and works between Verona and Bagnolo di Lonigo (Vicenza). She graduated in Sculpture and Painting at the Fine Art Academy in Verona. She later attended the Conceptual Art course at the Summer Academy of Fine Arts in Salzburg – with Roman Opalka and Gunter Ueker – and the Experimental Graphic course at the International School of Graphics of Venice. Bedeschi has been working for a long time in the field of painting and sculpture: she has exhibited in national and international contexts, favouring installations and site specific works.

Tiziano Bellomi (Verona, 1960) lives and works in Verona. He gained his diploma at the Liceo Artistico Statale of Verona, and at the international School of Graphics in Venice. He was also awarded a diploma in painting at the G. B. Cignaroli art school in Verona. Bellomi uses painting, drawing, photography, video, etching, sculpture, and installations for his art research. He has participated in art residences, solo shows, and group shows in Italian and foreign museums and galleries.

Piero Chiariello was born in 1972 in Torre del Greco (Naples) where he still lives and works. After having studied Architecture at the University “Federico II”, his art research has been articulated through painting, photography, music, video, sculpture and installations. He has exhibited his artworks in various national and international occasions, including MAXXI and MACRO in Rome, the 54° Venice Biennale, the international project of digital art SPAMM and three editions of the New Digital Art Biennale in Brazil.

Marco Ferri was born in 1968 in Tarquinia, where he lives and works.

Dino Izzo was born in 1948 in Naples, where he still lives and works. Fascinated by signs and materiality of writing, he has always reflected with several methods and techniques on the “expressive insufficiency of the word and the wear of the image”. His artworks come from the interpretation of quickly traced graphite signs and the titles given, which become like an art literary archive. He has exhibited in Italy since 1975 and also in foreign cities as Copenhagen, Göteborg, Bern, Zurich, Chicago, Tokyo and Los Angeles since 1988.